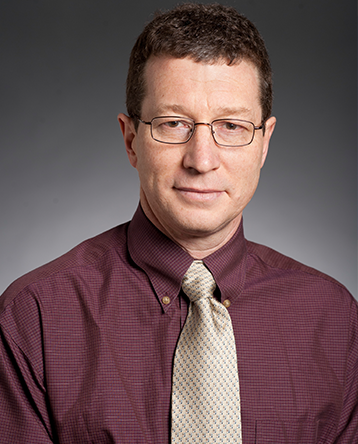 Maarten de Boer’s research interests are in the area of nano- and micromechanics, with an emphasis on enhancing reliability of small-scale, micro-, and nanoelectromechanical systems (N/MEMS) devices, and on investigating the mechanical properties of new materials.

After completing his PhD. in materials science at the University of Minnesota in 1996, he spent 13 years at Sandia National Labs in the MEMS technology department. He is currently a professor in the Department of Mechanical Engineering at Carnegie Mellon University. He has published 65 journal articles, 34 conference articles, five book chapters, has received seven patents, and has presented more than 30 invited talks. Three graduate students have completed their Ph.D. under his supervision at Carnegie Mellon, and he is currently supporting six Ph.D. students. At Carnegie Mellon, de Boer has received funding from NSF, Sandia National Labs, and industry partners. He organized symposia in 1999, 2000, 2010 and 2011 for the Materials Research Society conference, and edited a section of the 2012 Springer Verlag Encyclopedia of Nanotechnology on micro- and nanodevices.

The major research theme in the de Boer group is materials testing through high throughput micro- and nanofabricated test instruments. The work involves design, modeling, micro/nanofabrication, testing, and analysis. In one research area, detailed models of capillary and van der Waals adhesion mechanisms are synthesized. In another, microactuators are employed to test mechanical properties including friction, strength, and electrical resistance. Materials of interest include ceramics, polymers, and metals.

Can this refractory metal be an efficient substitute material in microelectromechanical system (MEMS) thermal actuators?

From ensuring the supply quality of powertrain plastics to project managing Ford's new electric pickup truck, master's alumna Stephanie Jennings is applying the analytical and problem-solving skills she learned in MechE to her career.

A big comeback for a little switch

Maarten de Boer and Gianluca Piazza are developing reliable, mechanical switches the size of a DNA molecule, thanks to a $2M LEAP-HI grant from the National Science Foundation.

A paper by MechE’s Maarten de Boer was featured on the cover of Journal of Applied Physics. It was also promoted as an Editor’s Pick and will be displayed on the journal’s homepage.

MechE Ph.D. candidate Prince Singh, advised by Maarten de Boer, was the winner of the CMU Libraries’ Three Minute Thesis (3MT) fifth preliminary round. The internationally recognized competition challenges Ph.D. students to consolidate their research projects, goals, and ideas in a three-minute oral presentation. The final competition will be help on Tuesday, March 26 in Kresge Theater in CFA at 4:30 p.m.

A high-tech spin on spider silk

This game-changing technology can transform polymers from soft and thermally insulating materials to an ultra-strong and thermally conductive material.

This semester, Carnegie Mellon University students had the opportunity to share tribology research projects with United States Representative Mike Doyle as part of the course, Material Selection for Mechanical Engineers.

From earthquakes to micromachines