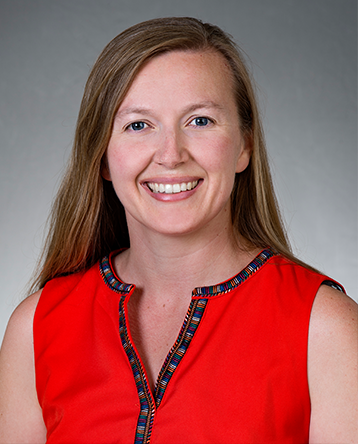 Rebecca Taylor is an associate professor in the Department of Mechanical Engineering at Carnegie Mellon University, who specializes in modern manufacturing. Throughout her career, Taylor has been driven by the interplay of form and function in good design. As an undergraduate working on a research project on tethered satellites, she discovered the world of honeycomb composite materials and porous sintered polymers. That is where she first learned that mechanical structure could imbue materials with novel and unexpected properties. After college, while working as a mechanical design engineer, she practiced mechanical device design for reliability and ease of manufacture, working as the primary engineer on both medical products and consumer products. Taylor developed an expertise in rapid prototyping and the broad range of techniques for molding and fabrication, as well as factory control and automation. The interplay between medical tools and biological systems formed the foundation of her interest in research, and that interest drew her back to academia.

When Taylor returned to graduate school, she focused on microfabrication and biomechanics. At the microscale, the force of gravity is negligible, flow is largely laminar and motion is dampened. The microscale world is a universe of its own, and there are countless opportunites for fabrication of novel microstructured materials. During her Ph.D., Taylor fabricated microscale sensors for the functional assessment of stem cell-derived cardiomyocytes. She utilized sacrificial layers to define the mechanical loading of single heart muscle cells and to perform the first purely axial, contractile force measurements on immature and stem cell-derived cardiomyocytes. She calibrated these sensors using piezoresistive cantilevers and achieved both accurate and precise measurements of nanoNewton-level forces. Taylor also created planar, stretchable biosensors that physically route metal traces away from areas of large strain and achieve constant, stretch-independent electrical properties. As a postdoctoral fellow, she worked at the nanoscale, studying the effects of mutations on cardiac contractile protein. In order to study the emergent mechanics of the multiprotein, acto-myosinc contractile system, she has worked to develop a DNA origami-based synthetic cardiac sarcomere that will allow researchers to observe the cooperative behavior of motors as they scale up towards larger, more biomimetic systems.

As a professor, Taylor utilizes DNA origami (bottom up manufacturing) to enable nanomanufacturing and nanomechanics of multiprotein systems. She also continues her investigations into microstructures for biomimetic sensors and actuators (top down manufacturing). The future of manufacturing involves manufacturing across scales, and Taylor is excited to be part of it.

Building Medical Devices at the Nano and Micro Scales

2001 BS, Department of Mechanical Engineering Degree with a Certificate in Robotics and Intelligent Systems, Princeton University

Phil Campbell and Charlie Ren present a strategy to spatially control extracellular vesicles and keep them resolute under controlled conditions.

Roldan recognized as a 2021 HSF Scholar

MechE Ph.D. student D. Sebastian Arias Roldan was recognized as a 2021 Hispanic Scholarship Fund (HSF) Scholar. He is developing a nano-scale DNA strain sensor capable of measuring sub-nanometer displacements as a member of the research team in Rebecca Taylor’s Microsystems and Mechanobiology Lab.

Tito Babatunde and her advisors Rebecca Taylor and Jon Cagan are combining their expertise to optimize designs for DNA origami nanostructures.

Mechanical Engineering students and faculty adapted with innovation and agility to finish the spring 2020 semester during the COVID-19 pandemic.

MechE’s Rebecca Taylor was featured in multiple sources including ScienceDaily, Nanowerk, ScienceCodex, and AzoNano, on her research on nanostructures.

Rebecca Taylor and her research team have developed a method for self-assembling nanostructures with gamma-modified peptide nucleic acid, a synthetic mimic of DNA.

Tech Spark is fabricating face shields for essential workers at the front lines of the COVID-19 response.