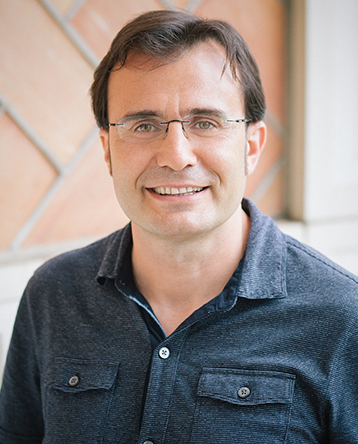 Gianluca Piazza is a professor in the Department of Electrical and Computer Engineering. His research interests focus on piezoelectric Micro and Nano-ElectroMechanical Systems (M/NEMS) for RF wireless communication, chemical/biological detection, and all mechanical computing. He also has a general interest in the areas of micro/ techniques and integration of micro/nano devices with state-of-the-art electronics. He has more than 10 years of experience working with piezoelectric materials and devices.

A big comeback for a little switch

Maarten de Boer and Gianluca Piazza are developing reliable, mechanical switches the size of a DNA molecule, thanks to a $2M LEAP-HI grant from the National Science Foundation.

Gianluca Piazza is developing a piezoelectric system that powers devices with ultrasound.