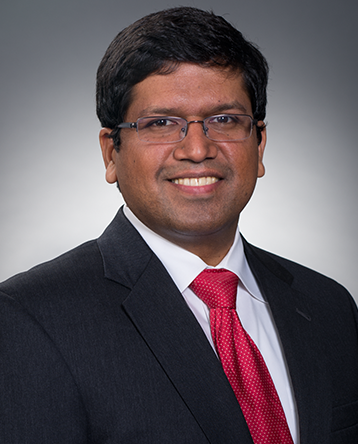 Rahul Panat is an associate professor in the Department of Mechanical Engineering at Carnegie Mellon University. He received his M.S. in Mechanical Engineering from the University of Massachusetts, Amherst, and his Ph.D. in Theoretical and Applied Mechanics from the University of Illinois at Urbana-Champaign (UIUC). After his Ph.D., Panat worked at Intel Corporation, Chandler, AZ, for a decade in the area of microprocessor manufacturing research and development (2004-2014). His work at Intel included research on next generation high density interconnects, thinning of Si, 3-D packaging, and lead-free and halogen-free ICs. He won several awards for his work at Intel, including an award for developing manufacturing processes for the world's first fully green IC chip in 2007. He moved to academics in 2014 and joined the Washington State University, Pullman, before moving to Carnegie Mellon in 2017.

At Carnegie Mellon, Panat works on micro-scale additive manufacturing and its applications to biomedical devices and energy materials. Specifically, his group works on high performance biosensors, biomonitoring devices, and brain-computer interfaces. The process development side focuses on using fundamentals of mechanics to enable new manufacturing processes that lead to structures with enhanced functionality. The application side focuses on bringing the advances in microfabrication to the field of biomedical engineering in order to create devices that can benefit the public health.

2004 Ph.D., Theoretical and Applied Mechanics, University of Illinois at Urbana-Champaign

MechE’s Rahul Panat was quoted in MedicalExpo on a rapid COVID test that he and his team developed.

Pick your own project

Whether CMU engineering teams are given a week or a whole semester, their projects are always innovative and exciting.

MechE’s Rahul Panat was a guest on the Finding Genius Podcast; he discussed his work in microscale additive manufacturing, microelectronics, and 3D printing.

MechE’s Rahul Panat is developing a new class of neural probes to map the brain. Current probes are fragile, expensive, and lack the needed resolution. Panat proposes using an aerosol jet printing technique to create high-density neural probes, which would increase access to brain tissue, allow quick prototyping, and open new avenues of treatment. For this project, he received a $1.95 million grant from the National Institutes of Health.

MechE’s Rahul Panat has received a R01 grant from the NIH to use a low-cost, rapid additive manufacturing method to create a new class of high-density neural probes to record neurological data.

CyLab’s Rahul Panat, Vipul Goyal, and Jason Hong were recently quoted by Pittsburgh Business Times about the cybersecurity projects they are working on. Believing that blockchain can help secure the energy grid, Panat and Goyal are planning to create a complete prototype of the eight-node blockchain system. Meanwhile, Hong is designing an IoT Hub prototype, a system that would manage the security of all IoT devices in a home or business.

Securing the energy grid with blockchains

The US Department of Energy has awarded two Carnegie Mellon researchers a $400,000 grant to strengthen grid security using blockchain technology.

Four students in a course taught by MechE’s Rahul Panat have had their design for an improved railroad coupler purchased by Wabtech, a major rail transport company headquartered in the Pittsburgh suburb of Wilmerding, Pennsylvania.

A new 3D printed battery design created by MechE’s Rahul Panat that provides a higher energy density and more design options than traditional batteries could prove a significant contribution toward creating a greener grid for Pittsburgh.