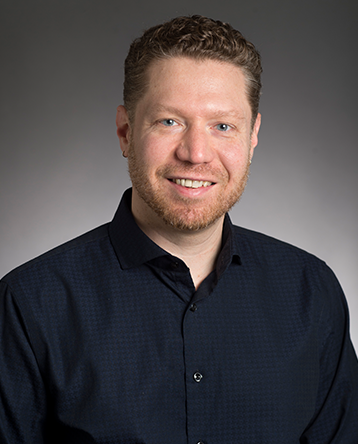 Jeremy J. Michalek is a professor of Mechanical Engineering, and Engineering and Public Policy. He is the founding director of the Design Decisions Laboratory, founding co-director of the Vehicle Electrification Group, and an active member of the Green Design Institute and the Center for Climate and Energy Decision Making. His research focuses on vehicle electrification (including technology, life cycle assessment, consumer behavior, and public policy), as well as design decision-making (including systems optimization, techno-economic analysis, and green design.

Michalek teaches courses in design, product development, economic analysis, entrepreneurship, and optimization. His research has appeared in outlets such as the New York Times, and he has co-authored and presented policy briefs on Capitol Hill. He has earned awards including the ASME Design Automation Committee’s Best Paper Award, the International Journal on Research in Marketing’s Best Article Award, the George Tallman Ladd Research Award for outstanding research and professional accomplishments, the ASME Design Automation Outstanding Young Investigator Award, and the National Science Foundation CAREER Award. He is involved in the American Society of Mechanical Engineers (ASME), The Institute for Operations Research and the Management Sciences (INFORMS), and the Transportation Research Board (TRB).

Michalek talks implications of ridesourcing apps like Uber and Lyft

MechE/EPP’s Jeremy Michalek talks about his research on transportation network companies (TNCs) and the economic, environmental, and social implications they have.

A new policy brief series examines how Uber and Lyft have redefined mobility, affecting travel patterns, car ownership, congestion, the economy, the environment, and equity in our cities.

Michalek interviewed on The Why

Many faculty from across the College of Engineering will be featured at events during this year’s Global Clean Energy Action Forum.

EPP/MechE’s Jeremy Michalek was quoted in MSN on the environmental impact of electric vehicles.

EPP/MechE’s Jeremy Michalek was quoted in a recent article on Marketplace on Electric Vehicles. “If you don’t have off-street parking, you need to know that you are going to have access to public chargers and be able to reliably charge your vehicle,” Michalek said.

EPP/MechE’s Jeremy Michalek spoke with Newsweek about the carbon footprint of electric vehicles compared to use of gasoline or diesel fuel.

EPP/MechE’s Jeremy Michalek was quoted by the Daily Beast about changes needed to encourage the widespread adoption of electric vehicles.