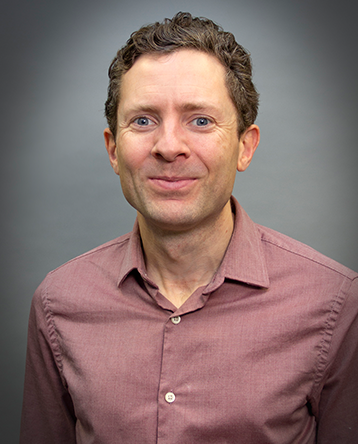 Alan McGaughey leads the Nanoscale Transport Phenomena Laboratory, which seeks to understand the transport of mass, momentum, and energy at the atomic level by studying the behavior of phonons, photons, electrons, and fluid particles. Their research is based in mechanical engineering and incorporates knowledge from physics, materials science, and chemistry. They develop and apply molecular- and meso-scale simulation techniques, and collaborate closely with experimental research groups.

His work was recognized by the Air Force Office of Scientific Research Young Investigator Program in 2009. His commitment to innovation in teaching has earned him the Benjamin Richard Teare Teaching Award in 2014 and participation in the National Academy of Engineering’s Frontiers of Engineering Education Symposium in 2015. He has been voted Professor of the Year by the Mechanical Engineering seniors three times (2012, 2015, 2017). He received a 2019 College of Engineering faculty award, and has been published in Nature Materials for his team's discovery of the effects of rotational disorder on thermal conductivity in superatomic structures.

Researchers develop a universal model to predict the thermal boundary conductance of a multilayered-metal-dielectric interface. This model will help to streamline the development of thermally efficient devices.

MechE’s Alan McGaughey has been selected to receive the 2021 Viskanta Fellowship from Purdue University, which seeks individuals with “demonstrated abilities to perform independent and innovative research in the field of thermal sciences.”

The College of Engineering has announced the winners of the 2019 faculty awards. They include: Alan McGaughey, Paulina Jaramillo, Jana Kainerstorfer, Reeja Jayan, Carmel Majidi, Jonathan Malen, and Vijayakumar Bhagavatula.

The Scott Institute recently selected awardees from the College of Engineering for its seventh round of seed grants for energy research.

Ph.D. student Xiaoman Wang earned the award for Best Poster Presentation in the Society-Wide Micro and Nanotechnology Forum at the International Mechancial Engineering Congress & Exposition in Pittsburgh, Pa. Wang is a student of Professor of Mechanical Engineering Alan McGaughey.

MechE Professors Johnathan Malen and Alan McGaughey published an article in Nature Materials on their team's discovery of the effects of rotational disorder on thermal conductivity in superatomic structures.