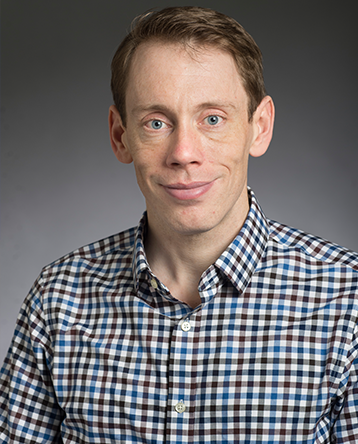 Shawn Litster is a professor in the Department of Mechanical Engineering. He received his Ph.D. in mechanical engineering from Stanford University (2008) and his Bachelor Engineering and Master of Applied Sciences degrees from the University of Victoria. His current research focus is micro- and nano-scale transport phenomena in energy conversion technologies where electrochemistry and electrokinetics play a dominant role, including fuel cells, batteries, and ultra-capacitors. His research interests also include multiphase flow in porous media and micro-channels, non-linear dynamics, catalytic gasification, and microfluidic pumping.

Litster has received Carnegie Mellon’s George Tallman Ladd Research Award, a National Science Foundation CAREER award, the University of Victoria’s Lieutenant Governor’s Silver Medal, and best paper/presentation awards from The Electrochemical Society and the American Society for Mechanical Engineers. He is an author of over 30 journal papers and three book chapters. He is also an inventor for two US patents on fuel cell design.

2004 Bachelor of Engineering, University of Victoria

Paulina Jaramillo served as coordinating lead author of the transportation section of the newly released IPCC report for climate-policymakers.

MechE’s Shawn Litster was quoted in the Associated Press on the expansion of the hydrogen fuel cell market.

MechE’s Shawn Litster was quoted by AP News about the feasibility of hydrogen-powered vehicles as a step toward clean transportation.

The College of Engineering is known for our cutting-edge research, academic rigor, and amazing students, but you might be surprised by some of the other talents of our award-winning faculty.

Eight research projects lead by CMU Engineering faculty have been awarded 2020 Seed Grants for Energy Research by the Scott Institue for Energy Innovation.

MechE’s Shawn Litster was interviewed in a Bloomberg article about Toyota’s upcoming second-generation Mirai vehicle, a hydrogen fuel-cell powered sedan. Fuel cell vehicles have been outsold in the U.S. and make up a small part of the market. In the past few years, improvements have been made, but according to Litster, there is still much to do, including finding a cheaper replacement for platinum.

MechE’s Shawn Litster is involved in two new projects on fuel cells for heavy-duty vehicles, which are both funded by the Department of Energy (DOE).

Shawn Litster earns recognition from the Department of Energy for his leadership in developing clean, efficient, and cost-effective energy alternatives.