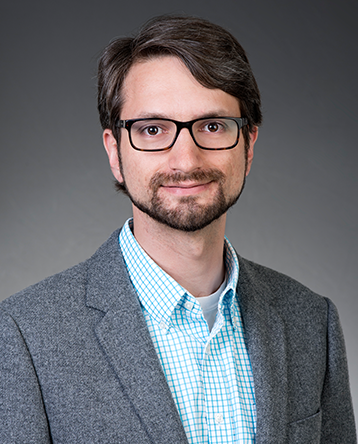 Aaron Johnson researches how to design intelligent interactions between a robot and its environment with a focus on taking robots out of the lab and factory and into the real world. His interests include novel robot design, behavior design, controller design, platform design, as well as dynamic transitions, contact, physics-based planning, bio-inspired robotics, robot vision, actuator modeling, and robot ethics. He has tested his robots in the Mojave desert, power plants, a coal mine, and on various military bases.

Johnson’s work has been featured in many news stories, including interviews with the Associated Press and the Wall Street Journal, and in articles on technology news sites, including IEEE Spectrum, Gizmodo, Wired, and Engadget. He received an NSF CAREER Award in 2020 and a Young Investigator Award from the Army Research Office in 2019. He was a Best Student Paper Finalist at the IEEE International Conference on Robotics and Automation in 2013, and at the Climbing and Walking Robots Conference in 2012. He received the David Thuma Laboratory Project Award in 2008 from CMU and an honorable mention for the Computing Research Association’s Outstanding Undergraduate Award in 2008.

Robots That Can Go Anywhere in the World

MechE’s Aaron Johnson talked about the challenges of autonomous robotics in an article on Tesla’s new Optimus robot. Johnson explains why handling soft, unpredictable material is harder for a robot than for a human.

Five College of Engineering faculty members have been awarded the Dean’s Early Career Fellowship in recognition of their exemplary contributions to their respective fields.

Open-source software gives a leg up to robot research

MechE’s Aaron Johnson and Justin Yim were quoted in an IEEE Spectrum article highlighting their work in small humanoid robots.

MechE’s Aaron Johnson's robotics research on the aerodynamics of cheetah tails was featured in IEEE Spectrum.

MechE’s Aaron Johnson and his team’s robotic research was featured on Inceptive Mind.

MechE’s Aaron Johnson was mentioned in VentureBeat on how his robotics course adjusted to online class during the coronavirus pandemic.