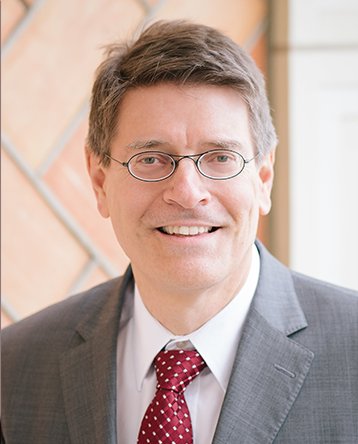 Gary K. Fedder is the faculty director of the Manufacturing Futures Institute and the Howard M. Wilkoff Professor of Electrical and Computer Engineering. He previously served as founding president and interim CEO of the Advanced Robotics for Manufacturing Institute (2016, 2020), as well as serving in administrative roles at Carnegie Mellon as vice provost for research (2015-2016, 2018), associate dean for research in the College of Engineering (2013-2015), and director of the Institute for Complex Engineered Systems, which was the precursor to the Engineering Research Accelerator (2006-2014). Fedder received his B.S. and M.S. degrees in electrical engineering and computer science (EECS) from MIT in 1982 and 1984, respectively, and his Ph.D. in EECS from the University of California at Berkeley in 1994.

Fedder worked at Hewlett-Packard as a research and design engineer from 1984 to 1989 on design of integrated circuit test equipment, development of diagnostic software for data storage, and high-speed printed circuit board manufacturing at HP Labs. His research interests include design and manufacturing of MEMS (microelectromechanical systems), micro/nanosensors, and stretchable electronics, and in digital twin systems for manufacturing. He has contributed to more than 300 research publications and holds 21 patents. He is an IEEE Fellow for contributions to integrated MEMS. He served as subject editor for IEEE J. MEMS from 2002-2013 and currently serves on the executive editorial board for the IoP J. Micromechanics and Microengineering, as a member of the editorial board for IET Micro & Nano Letters, and as co-editor of the Wiley-VCH Advanced Micro- and Nanosystems book series.

From 2011 to 2012, Fedder served as a technical co-lead in the U.S. Advanced Manufacturing Partnership where he worked with industry, academia, and government to generate recommendations that motivated the launch of the National Network for Manufacturing Innovation, now called Manufacturing USA.

Electropharmaceutics: The Future of Therapy

Fedder answers the big questions about advanced manufacturing in the US

Learn why CMU expert Gary Fedder, MFI faculty directory, believes that US is already a powerhouse in high tech manufacturing and how workers can create highly successful careers in the field.

AI and the future of manufacturing

A panel of manufacturing experts discuss the critical role that artificial intelligence has in strengthening the U.S. economy, improving global competitiveness, elevating national security, and supporting the reliability and robustness of our supply chain.

Can this refractory metal be an efficient substitute material in microelectromechanical system (MEMS) thermal actuators?

CyManII’s vision is to introduce a cybersecure energy-ROI for energy efficient manufacturing and supply chains that secures and sustains American leadership in global manufacturing competitiveness for decades.

Opening of Mill 19 at Hazelwood Green covered in the media

Several media outlets covered the September 4 opening of Mill 19, a new research and development hub. Currently housing Carnegie Mellon’s Manufacturing Futures Initiative (MFI) and the Advanced Robotics for Manufacturing (ARM) Institute, the building is designed to be a place for open collaboration on manufacturing.

Carnegie Mellon University researchers and robots will soon occupy a state-of-the-art facility at the newly constructed Mill 19 building on the 178-acre site known as Hazelwood Green.

Wearable system to sense and stimulate the brain

A team of researchers from Carnegie Mellon is starting a project to design and implement a high-resolution, noninvasive neural interface that can be used as a wearable device.

On April 29, 2019, the MFI will host the inaugural Manufacturing Futures Forum, entitled “Leading the Digital Transformation.”

ECE’s Gary Fedder expressed the university's vision for a cooperative innovation ecosystem at Hazelwood Green, as Catalyst Connection announced that it will be the newest company moving to the site.

BME/MSE’s Christopher Bettinger and ECE’s Gary Fedder are part of a team that created a new soft hydrogel material for use in developing non-invasive brain implants.