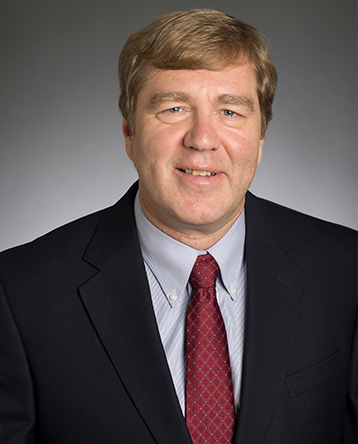 Beuth’s modeling research in additive manufacturing has led to the development of “process map” approaches for mapping out the role of principal process variables on process characteristics such as melt pool geometry, microstructure, and residual stress. By characterizing AM processes over their full process variable range, Beuth’s research is allowing unique insights into process control, expansion of process operating ranges, and unique comparisons of AM processes operating in very different regions of processing space.

MechE and the Next Manufacturing Center’s Jack Beuth spoke with ASME Essentials about best practices in additive manufacturing.

MechE’s Jack Beuth led a panel at Capitol Hill for the House Manufacturing Caucus on AI in Manufacturing, which discussed the different roles AI will play to transform all aspects of manufacturing.

Tony Rollett and Jack Beuth both attended events on Capitol Hill this week.

3D Printing Media Network covered the recent news that CMU has been selected by NASA to lead a research team dedicated to examining new ways to build and power aircraft of the future, through NASA’s University Leadership Initiative.

CMU has been selected by NASA to lead a research team dedicated to examining new ways to build and power aircraft of the future, through NASA’s University Leadership Initiative.

An entrepreneurial idea to expand training for 21st-century careers has sparked a $10 million gift to support mechanical engineering at Carnegie Mellon.

Taking down the heat

Far from kilns or furnaces, Edgar Mendoza researches how to 3D print ceramics.

Beuth and Scime quoted in 3Dprint.com

The intersection of 3-D printing and machine learning

Looking through the eyes of a 3-D printer