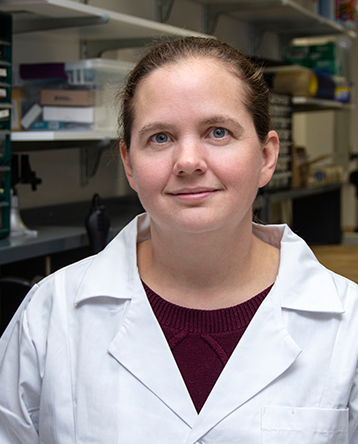 Sarah Bergbreiter joined the Department of Mechanical Engineering at Carnegie Mellon University in the fall of 2018.

She received her B.S.E. degree in electrical engineering from Princeton University in 1999. After a short introduction to the challenges of sensor networks at a small startup company, she received the MS and Ph.D. degrees from the University of California, Berkeley in 2004 and 2007 with a focus on microrobotics. She joined the University of Maryland, College Park in 2008 as an Assistant Professor of Mechanical Engineering, with a joint appointment in the Institute for Systems Research.

She received the DARPA Young Faculty Award in 2008, the NSF CAREER Award in 2011, and the Presidential Early Career Award for Scientists and Engineers (PECASE) Award in 2013 for her research on engineering robotic systems down to sub-millimeter size scales. She also received the Best Conference Paper Award at IEEE ICRA 2010 for her work incorporating new materials into microrobotics.

Better Sensors and Mechanisms for Micro and Macro Robots

Recently, a world record has been broken in the field of autonomous jumping robots by researchers at the University of California, Santa Barbara using biomimicry. MechE’s Sarah Bergbreiter wrote a commentary about this event in Nature, which has been widely quoted in articles related to this event, including in Scientific American.

Latch on, launch off

These 3D printed circuits are self-healing, re-writable, and energy-harvesting, thanks to liquid metal.

At home with research

Despite the coronavirus shutdown, researchers and students were creative about continuing their work and joining the fight against COVID-19.

MechE’s Sarah Bergbreiter was a guest on the Future Tech Podcast and discussed her research in the field of robotics. Bergbreiter also discusses the different applications of microrobots as well as some of the challenges she has encountered.

Inspired by insects’ wings, Bergbreiter and her collaborators are looking to develop UAVs that can fly more efficiently and deal with disturbances like gusts or breezes.