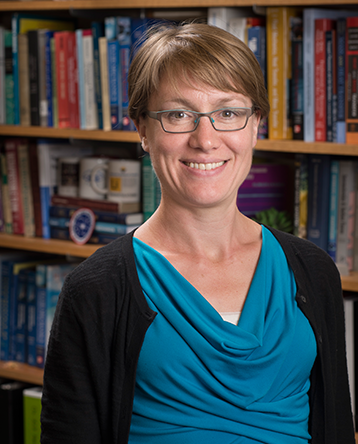 Anna is the recipient of a 2005 NSF CAREER award, the 2006 George Tallman Ladd Research Award from the College of Engineering at Carnegie Mellon, and a 2012 Honorable Mention for a Carnegie Science Award in the category of Emerging Female Scientist. Anna received the Russel V. Trader Career Faculty Fellowship in Mechanical Engineering in 2011. She was elected Fellow of the American Physical Society in 2014.

Behind the Researcher: Microfluidics & Fortissimo

AI Engineering will change the world around us

Carnegie Mellon University’s College of Engineering is equipping next generation engineers with the ability to integrate AI into the constraints of the engineering problem by way of seven new master’s degrees in AI Engineering.

A $3 million NSF grant has been jointly awarded to Carnegie Mellon University, Johns Hopkins University, and New York University to fund the development of a new career advancement model.

Carnegie Mellon University will lead an alliance to develop a new career advancement model, Project ELEVATE, through the Alliances for Graduate Education and the Professoriate (AGEP), with Johns Hopkins University and New York University also part of the team.

"Cleaning up" an oil spill

Following the oil spill off the coast of Southern California, ChemE looks at different techniques used during past and present clean-up efforts.

The College of Engineering is known for our cutting-edge research, academic rigor, and amazing students, but you might be surprised by some of the other talents of our award-winning faculty.

The College of Engineering is pleased to announce that the College will fund three Catalyst proposals as winners of the Catalyst 2020 competition.

ChemE’s Shelley Anna was chosen as one of 18 Fellows in the 2018-2019 class of ELATE at Drexel, an elite program that brings together experienced and diverse women faculty members from institutions across the U.S. and Canada.