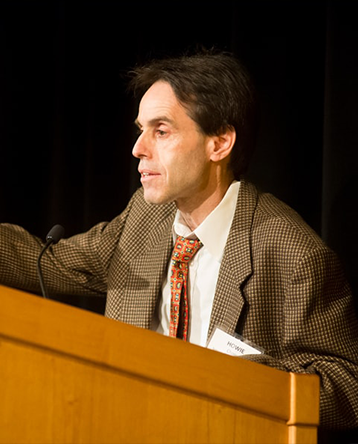 Howie Choset is a professor of Robotics at Carnegie Mellon University. Motivated by applications in confined spaces, Choset has created a comprehensive program in snake robots, which has led to basic research in mechanism design, path planning, motion planning, and estimation. These research topics are important because once the robot is built (design), it must decide where to go (path planning), determine how to get there (motion planning), and use feedback to close the loop (estimation). By pursuing the fundamentals, this research program has made contributions to coverage tasks, dynamic climbing, and mapping large spaces. Already, Choset has directly applied this body of work to challenging and strategically significant problems in diverse areas such as surgery, manufacturing, infrastructure inspection, and search and rescue. Choset directs the Undergraduate Robotics Minor at Carnegie Mellon and teaches an overview course on Robotics which uses series of custom developed Lego Labs to complement the course work. Professor Choset's students have won best paper awards at the RIA in 1999 and ICRA in 2003; his group's work has been nominated for best papers at ICRA in 1997, IROS in 2003 and 2007, and CLAWAR in 2012 (best biorobotics paper, best student paper); won best paper at IEEE Bio Rob in 2006; won best video at ICRA 2011; and was nominated for best video in ICRA 2012. In 2002 the MIT Technology Review elected Choset as one of its top 100 innovators in the world under 35. In 2005, MIT Press published a textbook, lead authored by Choset, entitled "Principles of Robot Motion." Recently, Choset co-founded a company called Medrobotics (formerly Cardiorobotics) which makes a small surgical snake robot for minimally invasive surgery.